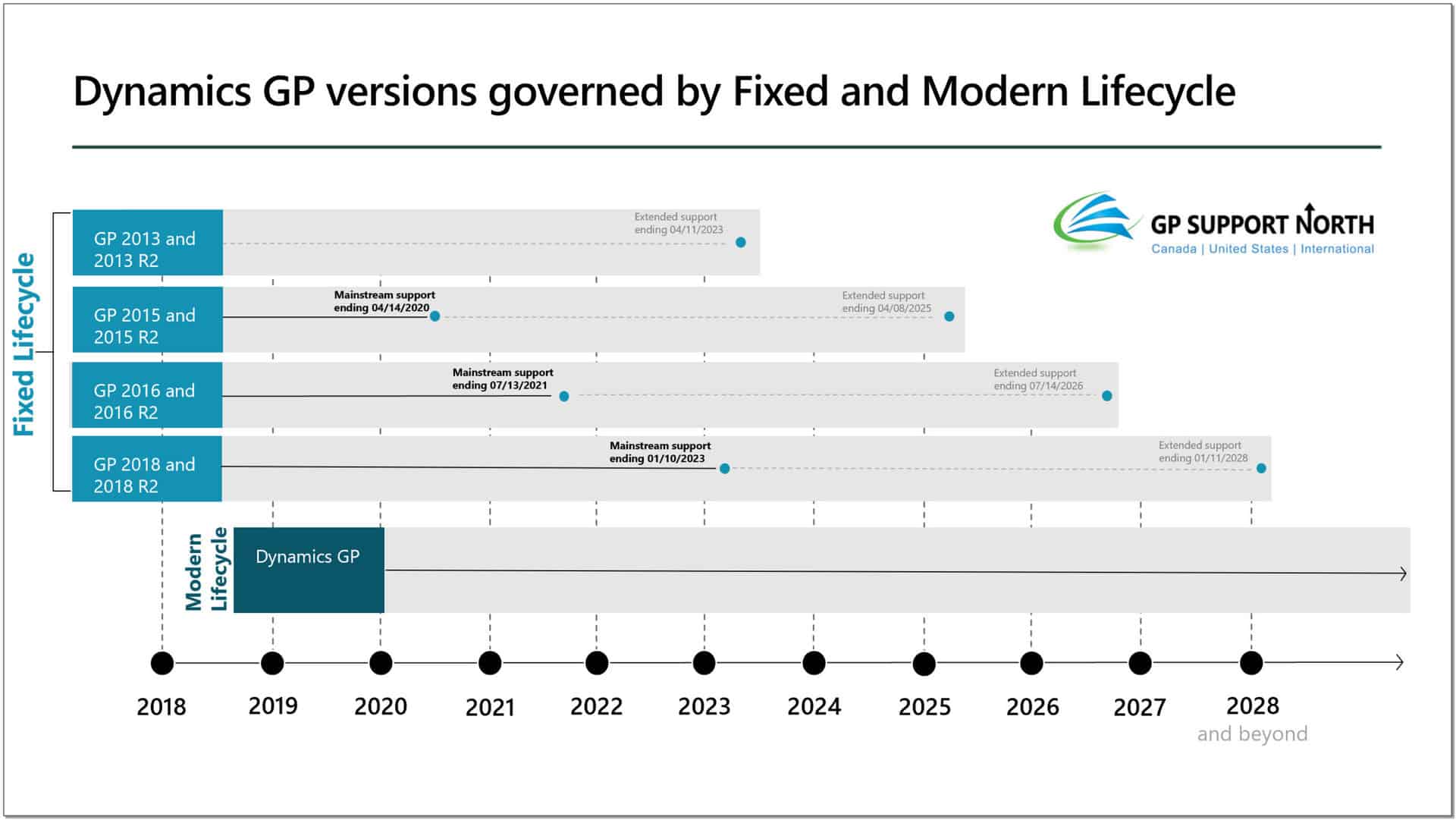 With a sigh of relief coming from the tens of thousands of Microsoft Dynamics GP users across the globe, Microsoft released a roadmap detailing Dynamic GP support and lifecycle plans. The roadmap (below) shows support dates well into 2028 putting to rest the speculation of Dynamics GP much discussed demise.

The announcement also included dates when mainstream and extended support would end for certain versions of GP.

What does this mean?
In the plainest terms, Dynamics GP is not going anywhere. The roadmap indicates that there is still active development and support planned along with continuous services for bug fixes, tax updates and new features.

It also means with the move to the Modern Lifecycle Support model, you can expect more frequent updates to GP that will be more manageable compared to the larger upgrades of the past.

With this announcement, a move to a new ERP might not be necessary for companies who currently use GP. There had been some pressure for Dynamic GP users to move to Dynamics 365 or to the new Microsoft SaaS model, Business Central. This update shows the commitment to Dynamics GP and its users and gives them the flexibility to select or keep  the right ERP for their operations.

Want to learn more about Microsoft Dynamics GP and other offerings? Join FASCOR at the Dynamic Community Summit in October in Houston, Texas . Click here for more information.

From sales, order fulfillment, shipping, replenishment, inventory, tracking to finance and beyond,...

When it comes to WMS / Microsoft Dynamics GP integration, care should be taken to select a solution...

Using a Warehouse management system (WMS), no matter the type or functionality, is a must for...